Off and on in my blogs, I have been writing about performing artists like singers and lyricists of Punjab, particularly belonging to dalit communities, writers -  Gurdass Ram Alam, Charan Singh Safri, Charan Dass Nidhadak, Pritam Ramdasspuri, Rattu Randhawewala, Chan Goryanawala among others and singers - Hans Raj Hans, Nooran Sisters, Ginni Mahi among others. I like good songs with moving tunes and meaningful wording. It was surprising to note that I got many mails and calls both within the country and abroad from research scholars about these matters after reading my blogs. In a few cases it turned out to be that these scholars were non-Indians. It was rather surprising pleasantly. 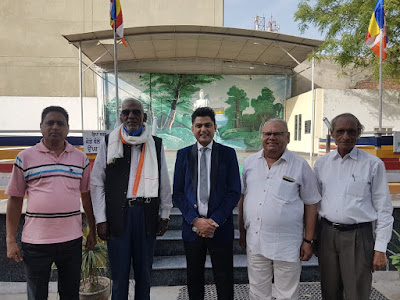 The other day on April 5, I bumped into a singing sensation of Punjab, Firoz Khan just by fluke. I was to meet my friend Baldev Bhardwaj, who is fully engaged with the activities of Ambedkar Bhawan in Jalandhar, at the Bhawan. On reaching there Baldev called me in and introduced me to a smart and good looking well dressed young man, Firoz Khan, the heart-throb of Punjabi music and song lovers. He was shooting some of his forthcoming songs on Babasaheb Ambedkar which is scheduled to be released on or before pril 14, birth anniversary of the greatest son of India, Dr. B.R. Ambedkar. It was good to meet Firoz a charming personality oozing with confidence in the presence of other senior functionaries of Ambedkar Bhawan, Dr. Ram Lal Jassi, Dr. Gian Kaul and facilitator of the shooting Mohinder Sandhu of Meheru who himself is an established writer and promoter. These performing artist look good on screen and enjoy huge fan-following but seeing them shooting, at least to me, remained a boring exercise. Later, we sat together for a cup of hot masala tea after their pack up. I found Firoz a simple man 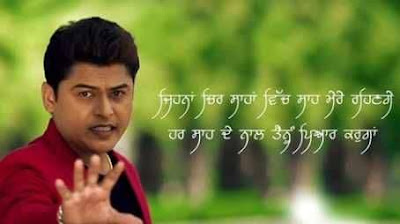 without any tantrums of a celebrity. On my query about his training and background, Firoz told me that music and vocal talent was in his genes which he got from his maternal side. Later it was fine tuned by his Guru Shaukat Ali. Firoz belonged to Phagwara, an industrial town of the Doaba region of Punjab. I enquired about his famous and acclaimed songs and albums, with great humility he answered that there were many and better it would be if I access him on YouTube for details. Back home I checked with my son, Rupesh, who knew a bit better and he told me that some years before Firoz was one of the sought after singers of Punjab. Reluctantly, on query as he was a good looking and baby faced chap, Firoz informed that he acted too in one of the films named Juggadi.com apart from giving his voice as a playback singer in a couple of Punjabi films. These days he was busy in missionary songs for the awakening of dalit communities. It was just a co-incident that he was shooting songs at Ambedkar Bhawan written by one of my fellow BootanMandians, Khuswinder Billa who was 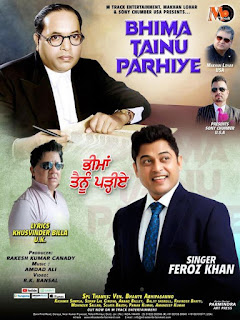 residing in the UK. The theme of these songs was to focus on the famous dictum of Babasaheb “Educate, Organise and Agitate”. It was not surprising to listen from him that he had the honour to adorn the stages of Guru Ravidass Gurpurab at Bootan Mandi many a times like many of his worthy seniors and juniors did every successive year. Guru Ravidass Jyanti at Bootan Mandi Jalandhar is an important event on the calendar of cultural and social events of the area. One of his missionary songs written by Kashmir Thakkarwalia much acclaimed by the public was - ਲੋਕੀ ਕਹਿੰਦੇ ਜੁੱਤੀਆਂ ਗੰਢਦਾ; ਉਹ ਗੰਢਦਾ ਤਕਦੀਰਾਂ ਨੂੰ। . Firoz Khan sang that song at one of the Gurpurab's of Guru Ravidass at Bootan Mandi which was still engraved in the memory of the faithfuls.

It was good to meet Firoz Khan, a celebrity by own right. I wish him all the best in the days to come.