Somebody has rightly said, “You can't understand Twenty-first-Century Politics with an Eighteenth-Century Brain.” The 21st century brain has really enlivened our life in the run up to understand politics and that too Indian politics. The Meme, I understand is - a funny take on social, cultural or political issues. The Indian political scene has come of age in this regard. Social media is going viral with political jokes – sometimes good and relaxing and sometimes off the 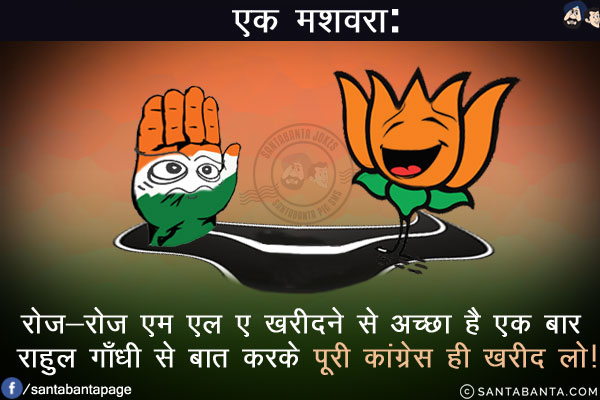 mark and bereft of much needed niceties in public discourse. Nothing to worry, let us sit and smile. The day Abu Abraham, a famous cartoonist and columnist, was nominated to the Rajya Sabha by the President of India in the 1970s, his next day’s cartoon was captioned “Oh my God, I did not know President also has a sense of humour”. Needless to say, this isn’t the first time an Indian politician has put their foot-in-mouth with controversial remarks and created unnecessary storms. For the uninitiated, our politicians are notorious for making absurd misogynistic, sexist, racist comments that made news, leaving us often confused whether to doubt their sanity or laugh at their naivety. Lalu Yadav in his rustic style once said in Parliament that he would make roads in Bihar as smooth as the cheeks of Hema Malini. Mulayam Yadav commenting on increasing rape cases blissfully said that we should not bother much as the boys were boys. Recently, Tripura Chief Minister Biplab Kumar Deb apologized for his statements comparing Punjabis and Jats with Bengalis, and said he did not intend to hurt sentiments. Deb had stirred a controversy by saying Punjabis and Jats are physically strong but less brainy while Bengalis are known to be very intelligent. Sometimes, jokes are made spontaneously. I remember a real one. It was in Beijing (Peking) sometime in the late 1970s. Some of us at the Indian Embassy, after a couple of drinks one evening, were relaxed and a similar subject of CM Biplab Deb’s foot in mouth incident came up. One Sardarji in the friendly group narrating a story of bravery of Sikh soldiers in the 1971 war in East Bengal (then Pakistan) said that all Sikh soldiers were ready to lay their lives even if they were seriously wounded unlike Bengalis. He intended some fun to tease a Bengali friend in the group. Further in the story, their superiors advised them to relent, retreat and relax and sent them back to recover.  After treatment and recovery, they were ordered to go and join their fellow soldiers in the fight with Pakistanis. But they were reluctant to go. Sardarji added that why was it so? It was so as while the Sikh soldiers were being treated in the hospital they required blood-transfusion and that blood happened to be of Bengali donors. The Bengali friend in a calm and cool manner countered Sardarji and said that yes, it may be true and added that before the transfusion of Bengali blood the Sikh soldiers did not have any brains and that is why they were insisting on fighting even against the advice of their superiors. Bengali blood revived their mental faculties. Sardarji jokes used to enliven social gatherings but the things, alas, have changed. It is an accepted norm throughout the world that self-confident communities like the Sikhs and Bengalis never take ill of jokes on their identity. Laughter, self – deprecation, justifies their self-confidence, an essential ingredient to be a strong and vibrant community.

Many things on the political and social firmament of the country are happening. Pradhan Sewak’s recently proclaimed mantra of “Atamnirbhar” also attracted some gems created in a lighter vein:

Yet another one on ‘Atamnirbhar’ which is also a telling commentary on the political on-goings in Rajasthan:

India is a multi-cultural and multi-ethnic society. Today, August 3, is Raksha Bandhan, day before yesterday, August 1, it was Eid and day after tomorrow, August 5, PM Narendra Modi do the honours at the ‘Ground-breaking ceremony – Shilanyas’ of the Ram Janam Bhumi Mandir at Ajodhya, a controversial and much awaited event. Someone has obliquely touched the nerve of the society with the following gem which explains the prevailing communal mood in the country:

I close with Greetings on the Raksha Bandhan and a poetic expression of one of my Facebook friends, Paramjit: