The suicide of Rohith Vemula, a dalit PhD. student at Hyderabad 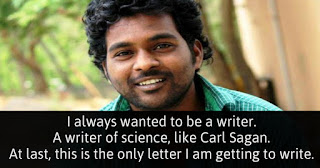 Central University is currently engaging the entire country and rightly so. It is a shameful tragedy which requires universal condemnation and immediate introspection both by the society and the government. But it seems that many of the stake-holders are merely doing a lip service to safe-guard their vested interests. They are not interested in addressing the root cause of the problem and the causes which led Rohith to take this extreme step. It is certain that the death of Rohith will haunt the society and the establishment in the years to come and polarize the society further which would not be good for the country and its polity.

The BJP government, BJP and its affiliates and masters in ABVP and RSS respectively are trying their best to control the damage caused by defending the alleged culprits belonging to the Hindutva forces and the university authorities. The opposition political outfits are interested in exploiting the situation to corner the government for political and electoral gains. The media and intelligentsia are equally divided and have not displayed any objective criteria to address the issues involved to ward off such unfortunate incidents in the future. The society at large, particularly the upper castes, is not, it seems, perturbed at all endorsing the saying “only the wearer knows where the shoe is pinching”. Dalits all over India seem to be extremely agitated with the happenings in Hyderabad and the protests are gaining pan-India involvement. It seems to me that the death of Rohith Vemula is potent enough to trigger the avoidable sequence of untoward happenings which could be detrimental to the unity of the country and integration of the society. The dalits are increasingly getting charged and perturbed with the changing ground realities. They are no more ready to sit and suffer humiliation and indignities heaped on them by the manuwadi society. Perhaps, this newly gained status and mindset by the suffering masses is not finding acceptance with the oppressors. They find it difficult to accept and associate them as equals. This conflict of interests is all set to gain further strength which may result in all out confrontation. Let us do something concrete to address the issues before it is too late to ward off the warning of the leader of the Congress Malik Arjun Khadge when he spoke of “bloodshed” in the recent debate in the Lok Sabha.

The pain of the dalit intelligentsia is writ large in the suicide note and other communications of Rohith Vemula. It is good and fortunate that Babasaheb Ambedkar, by upbringing, education and conviction, believed in the Buddhist philosophy of peace and harmony. He advised his followers and the suffering humanity and also the country to follow the constitutional means to make our democratic setup to work. Dr. Ambedkar warned that if the political democracy is not transformed into social and economic democracy, the people who are suffering from these inequalities and living life of drudgery will tear off the system and throw it out. A casteless society is the first step towards that end. But unfortunately, the Indian society is not ready to accept this. The upper castes want to have the cake and eat it too. It is no more tenable. The ensuing conflict and strife can lead to a situation which would put our country into further difficulties. We must consider and realize this, the sooner the better.

Quote
To ASA family, sorry for disappointing all of you. You loved me very much. I wish all the very best for the future. For one last time, Jai Bheem
Unquote

Posted by ramesh chander at 4:33 PM