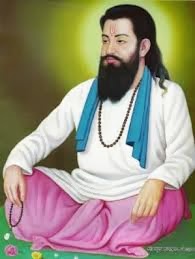 Today February 14 is the Gurpurab of Shri Guru Ravidassji, a social and spiritual revolutionary Guru. The day is celebrated by the followers of the great Guru with enthusiasm and gaiety throughout India and abroad and rightly so. The mission and philosophy of Guru Ravidass pertained to social change to establish a just and equitable order on one hand and to instill spiritual awakening without dogma and rituals on the other. These attributes were needed to clean the prevailing ills of caste based discrimination and the entrenched religious practices of unnecessary and useless rituals. In his lofty bani, Guru Ravidass attacked the brahamanical superiority and said:
Naagar Janaan Mairy Jati Bikhiyaat Chamaaran.
Ridhey Raam Gobind Gun Saaran.
Guru Ravi Dass says that I may have been born in the family of the untouchables, but owing to my love for Him, I have become an integral part of Him. If you think Him as the Highest of the High, then how can I be the lowest of the low?
Similarly he discarded rituals and said that:
Poojaa Archaa Aahay Na Tory
Keh Ravi Dass Kawan Gat Mory.
O God, if I needed such pure items as milk, flowers, water, sandalwood, etc. for Your worship, then it would not have been possible for me to worship You because there is no way I would have found any of these items in its purest form. Then, O my Lord, what would have been my plight? Indirectly Guru Ravi Dass says, “I would not have been able to worship the Lord if I needed all these worldly items created by Him. I would not have obtained His mercy and salvation. How can I offer anything to Him when He Himself has created it?”
These two basic tenants of Guru Ravidass’s philosophy are as relevant today as they were before. India is still struggling to establish casteless society to salvage its democracy. The society at large is still ritualistic and blind. Guru Ravidass’s teachings tell us not to waste time and energy on these useless rituals. One can be equally religious or spiritual by leading a simple life by way of remembering and fearing God.
In the prevailing atmosphere of strife and divisiveness in India, Guru Ravidass’s message of oneness and camaraderie as enshrined in his bani is potent to meet the challenges.
Keh Ravi Dass Khalaas Chamaaraa.
Jo Ham Shehry So Meet Hamaaraa.
With this humble tribute to the great Guru, I convey my hearty greetings on the Gurpurab of Guru Ravidassji. It is a co-incident that it is Valentine’s Day today, February 14, a day of love and affection, which is the crux of Guru Ravidassji’s teachings. 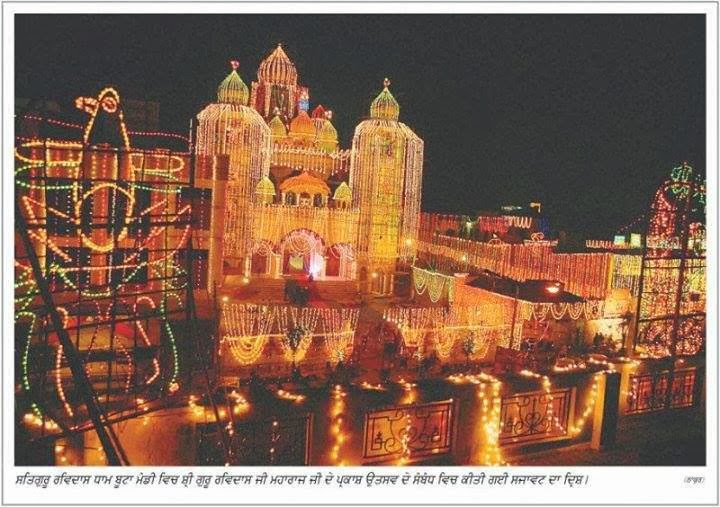 POST SCRIPT: I wrote about Satguru Ravidas Dham of Bootan Mandi Jalandhar which used to be the nerve centre of the community awakeness. It is gratifying to note that the barring factions have come together and are celebrating the Gurpurab jointly. The saner sense has prevailed. My brother Paramjit played a leading role in tempering the tension and strife and bring about reconciliation along with many of the younger generation of Bootan Mandi Yesterday, February 13, a magnificent Nagar Kitan/Shoba Yatra was taken out under the aegis of Guru Raids Educational and Charitable Society. I joined the Shaba Yatra from the Bootan Mandi Dham. On the way, one of the many high lights was the traditional Langar hosted by the workers and associates of Soccer International under the stewardship of my brother Krishna All. The Divans of Maritain and Guru Grant Sahib are being arranged in the day on February 14. In the night a befitting poetic and music durbars, at least at two venues in Bootan Mandi, are scheduled to be held. The Gurpurab has taken the shape of a big Mela. The whole area in and around Bootan Mandi has been illuminated. The fire work will be equally impressive as the Diwali at the Golden Temple in Amritsar. My special greetings to my fellow BootanMandians.
Posted by ramesh chander at 6:25 AM