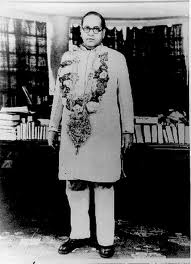 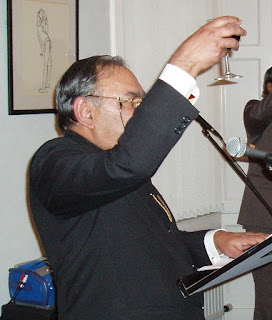 The formal ceremony to announce the outcome of the Greatest Indian poll was held on August 14 at the CNN-IBN TV Channel in a filmy style. Shabana Azami who was the member of the Jury pronounced, with a sense of pride and gratification, Dr. B.R. Ambedkar as the greatest Indian since 1947 (sounds better than saying the greatest Indian after Gandhi) and conveyed her ADAB & SALAM to him. Amitabh Bacchan, Harsha Bogle, Shabana Azami, Madhuri Dixit joined the host Rajdeep Sardesai at the ceremony. Mandira Bedi conducted the show with great aplomb as the Master of Ceremonies. My congratulations and thanks to all of them particularly Rajdeep Sardesai, the CEO of CNN-IBN. I like a drink in the evening. My sense of elation in joining the celebrations ( as Mandira Bedi said that it was not only an announcement but was a celebration too) was so high that with the permission of my wife I took an additional peg while watching the programme on the CNN-IBN


Yet an unfortunate aspect, as I wrote in my earlier blog, is that the print media of India is totally silent. I have not seen a mention of the fact that Dr. Ambedkar has been declared the GREATEST INDIAN since 1947 with due process in line with an internationally accepted format by an established agency and an eminent jury. One of the leading dailies, Hindustan Times, on its front page on August 15 carried a story “Recognition at Last – Pak rights historical wrong, confers Nishan-i-Imtiaz on Manto” It speaks of the mindset of the intelligentsia. What a shame ?