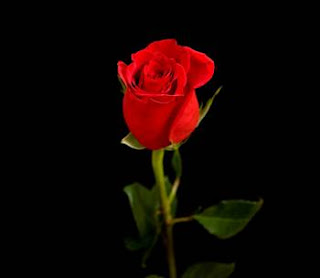 Today is the death anniversary of Sant Ramanandji of Dera Sachkhand Ballan. He was assassinated by some radical Sikhs in Vienna (Austria) in a shoot out in a Gurudwara on May 24, 2009. Sant Ramanandji succumbed to the bullet injuries in a hospital in Vienna the following day that is May 25. The followers of the great Sant observe May 25 as ‘Sant Ramanand Shaheedi Diwas’ to pay tributes to him. I happened to meet and know Santji personally. It was my good fortune. I humbly join the followers of Sant Ramanandji in remembering the great Sant and recalling his services to dalit communities and the society at large. 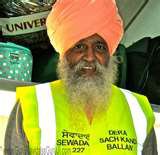 Dera Sachkhand Ballan is an important centre and a leading venue for the social and spiritual awakening and well-being of the dalit communities in the doaba region of Punjab. Sant Ramanand was one of the leading lights of the Dera. After graduating from Doaba College Jalandhar Ramanand, on encouragement and initiation by Dera Chief Sant Hari Dass and later Sant Garib Dass and Sant Niranjan Dass, gave himself fully to the Dera in the service of the community. He was a visionary totally devoted to the spiritual and social upliftment of the dalit communities of the area and the Dera followers abroad. Sant Ramanand helped the Dera in creating magnificent buildings and facilities at Ballan which is increasingly becoming the Mecca of the community. He made Dera to lead the campaign to build and get recognition of the birthplace of Guru Ravidass at Seer Goverdhanpura at Varanasi. Sant Ramanad was instrumental in organizing the spread and propagation of the mission and philosophy of the great Guru Ravidass and other Gurus and Saints and also of Dr. B.R. Ambedkar by his appealing sermons and meditational recitals and singing of Guruvani. He contributed and motivated the Dera to undertake educational projects and start welfare activities like hospitals etc. Sant Ramanand appreciated the efforts of missionary writer and singers and encouraged them. He toured and made the Dera Chiefs to visit foreign countries to make an international net work for the mission and programme of the Dera Sachkhand Ballan. He motivated the youth of the community and made them alive to prevailing situation and cajoled them to stand up on their feet with dignity and respect. The legacy of Sant Ramanand is great. It will remain a guiding force for the community in the years to come.

The aftermath of Sant Ramanand’s martyrdom on May 25, 2012 is, unfortunately, not very consoling. The followers of Sant Ramanand and the Dera, obviously, were up-set and shocked not only in Punjab but throughout the country and abroad. It resulted in violence in some places. Some community activists got killed in the resultant clashes which were unfortunate. The dalit assertion was clearly visible on the street and corridors of power. With or without Dera Sachkhand Ballan, the situation has taken a different turn which is not conducive to the health of community. The soul of Sant Ramanand may not, I think, be at peace with the state of affairs. Our vision is blurred. Our goal is not clear. Our efforts are negated by the self styled leaders for their own selfish ends. Dera Sachkhand Ballan seems helpless or may be indifferent. I will write about this aspect separately.
Today, I pay my tribute to the memory of Sant Ramanand, a great leader of men and also the other Shaheeds of the movement ( least we forget them). Let us make introspection and rectify the situation for the betterment of the community. The leaders of the community shall listen to the concerned and even ask the educated and intelligent members of the community to come along in the great and big task ahead. Sant Ramanand’s legacy dictates that.  I conclude: