DEVSAAB – AN EVER GREEN HERO 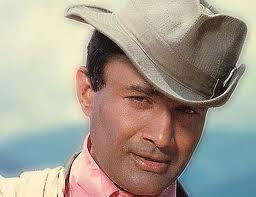 Dev Anand, Devsaab to millions, is no more. Devsaab was an ever green hero of the Indian cinema. I am not a cinema buff. Even if I see a film in parts, I tend to forget quickly. In my college days in mid 60s, I distinctly remember seeing ‘Jewel Thief’ in one of newly opened theater ‘Cine Palace” in Jalandhar and later ‘Guide’ somewhere in Delhi. But I don’t remember much except some song sequences. Nevertheless, I do know that Devsaab a living legend in his life time. He was most handsome hero of the Bollywood.

It was my good fortune to meet Devsaab in Scotland in 2008 when I was the Consul General of India there. He was famous in Scotland due to the fact that one of his movies ‘ Mein Solah Bars Ki ‘ was shot at Edinburgh and some other places in the Highlands. Devsaab’s fans invited him to Inverness, a beautiful city in the Highlands, famous for Scotch whisky for the release of his Memoirs – Romancing with Life – and Indian films festival. I was the chief Guest at the inaugural function of the Indian Films Festival and the release of the autobiography of Devsaab. 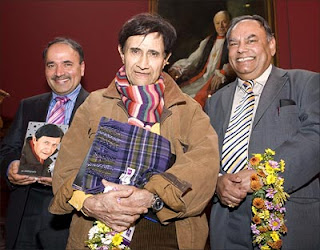 It was a rare honour to meet and join Devsaab at this function. I found Devsaab, at the ripe age of 86 at that time, vivacious, dynamic and fully energetic. His charming smile was really infectious. He was a hero but had the quality to make friends instantly. At the informal drinks after the function, Devsaab autographed the book for the benefit of its purchasers. My son Naresh in Stockholm had requested me to get a copy of the Memoirs of Devsaab for him. I told Devsaab of Naresh’s wish. Devsaab autographed and gave me a copy of the book for Naresh with ‘Good Wishes’ which I still find in bookshelf at Naresh’s home.

The next day, President of the Highlands Indian Association Dr. T Reddy and his gracious wife hosted me and Devssab and his son Sunil Anand for an informal lunch at their residence. It was cold but sunny. Devsaab was in his elements. He was a big hit with the guests with his unassuming manners and personality. On knowing that I am a Punjabi from Jalandhar, Devssab occasionally spoke to me in Punjabi too. Devsaab told me that he enjoyed simple Punjabi food and relished Dahi-Pakori (Devsaab’s own expression) which we call Bundi Raita these days.

I would cherish memories of my meeting and interacting with Dev Anand in the years to come. India has lost a great and worthy son.
Posted by ramesh chander at 3:33 PM